The following article was written by a friend who works as an Early Child Educator in a before and after school program. It is about his participation in the Warhammer School Clubs program, a program by Games Workshop intended to promote the hobby within schools. The intention is for this to be part one in a series taking the program from the box to week six and beyond. I welcome his contributions, and hope to see more from him in the future.

I’ve been in the hobby for a few years now, and as an Early Childhood Educator (ECE) working with children from ages 8 to 12, I’ve experimented with bringing the hobby into the classroom.  Most of these attempts have been small, such as getting plastic army men from the dollar store and painting them with craft paint. The challenges of running a program on a limited budget meant that the full hobby experience was out of reach for the children in my group unless I dump my own personal income into the project.

In walks Games Workshop. In August 2018, Games Workshop (GW) launched in North America the Warhammer School Clubs program. This program offered official support to educators from GW in developing the hobby with young people in school and after school youth programs. I was able to have the the manager of our local GW store into our program, and do a simple painting tutorial with a group of our children. While talking with him, he told me about the launch of the School Clubs program. At the beginning of the school year I contacted GW HQ and I was accepted into the program. 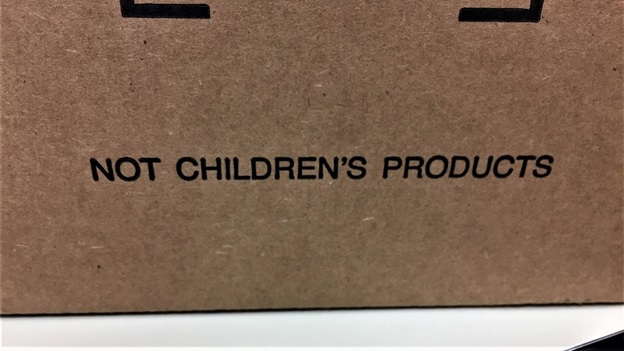 The process of signing up for the Warhammer School Program was fairly simple. I emailed Travis, the director of the school program at warhammer.schoolclub@gwplc.com, and he sent me a form to fill out. You need to have an adult be prepared to be the sponsor of the club, and your school or program needs to have a website, location, and employee ID, but other than that, there weren’t any invasive questions.

One piece of advice is to inform your school that the package is coming — Games Workshop sent me the box addressed to me personally, and not the program that I work with. Since our program is run out of the school, the package was delivered to the main office, who didn’t recognize my name, and were unsure what to do with a big package with the words “NOT CHILDREN’S PRODUCTS” written on the side. Also it arrived the same week that prominent American politicians were receiving mail bombs, which gave them cause for concern about this random box out of Texas was coming. They were prepared to send it back, but the receptionists at the desk called GW and it was eventually found its way to our office in the afterschool program.

Altogether, I signed up on thursday, was approved by Friday and received the package on Monday the following week. Considering it was a package coming from Texas to Winnipeg, I thought it was going to be a much longer wait, so I really give credit to GW North America for the quick turnaround. 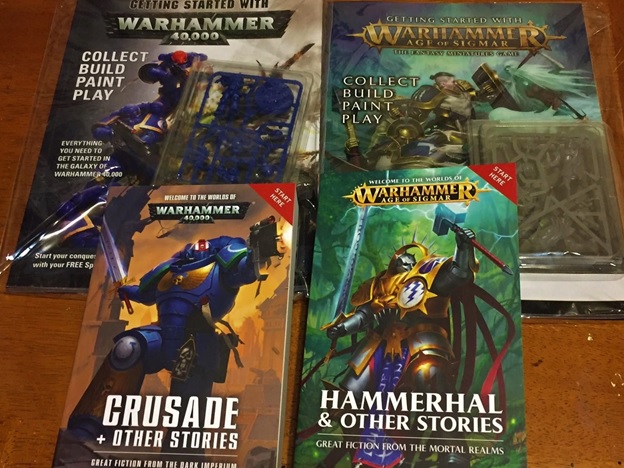 For both 40K and Age of Sigmar there came a collection of short stories and a “Getting started with…” magazine.

The magazines each come with a miniature attached, and are really thorough when it comes to an introduction to the series and games.  Although I plan on writing more on some of the issues that I foresee arising, I see myself more likely to use the AoS magazine as a free tool for the children to pick up and read, while the 40K magazine something I’m more likely to be selective and photocopy pages out of. 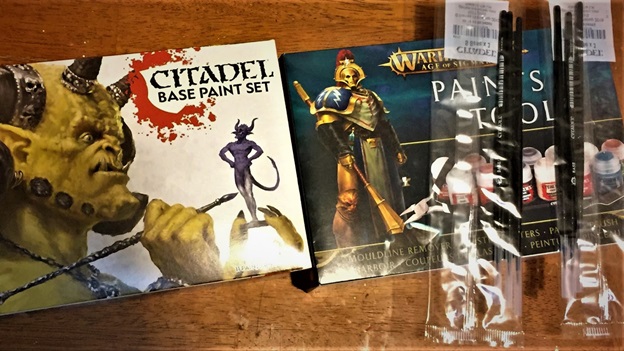 The set came with the Citadel Base Paint Set, The Warhammer: Age of Sigmar Paint & Tool Set, and two packs of 3 size S base Brushes (interesting to note, the invoice listed three sets of brushes, but only two where in the package. But I’m not complaining).

The Citadel Base paint set includes:

This is a really good spread of different paints – there’s only three that overlap in the two sets, and the AoS set includes some of the newer ‘ghostly’ technical paints.

The only thing that is noticeable is that there isn’t any paint that is a primer. I think within the books they intend you to use Abaddon Black as a ‘undercoat’ but I’m skeptical on how will it will act as a primer in the long run. 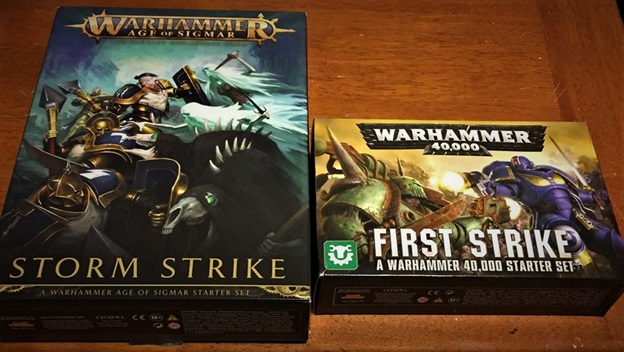 The school club comes with two starter sets: the Storm Strike starter from AoS and the First Strike set from 40K. Each come with about 15 miniatures each. They are all push fit, which is great for starting off with. In my classroom I have around 30 children, and although I don’t anticipate them all wanting to participate, having one miniature for each of them to explore and paint is a big help.

The Storm Strike set comes with two factions, the Stormcast Eternals and the Nighthaunts. The Stormcast Eternals come with  3 Castigators, a loyal Gryph-hound and 3 Sequitors, while the Nighthaunts come with 4 Glaivewraith Stalkers and Myrmourn Banshees. It also comes with a play mat, dice, ruler, and rulebook. The box insert also flips around to be a simple piece of terrain.

On the 40K side,  First Strike comes with 15 push fit miniatures with the Ultramarines being pitted against the Death Guard, and well as the double-sided gaming mat, dice and measuring ruler, and rule book. With the Ultramarines, you get 3 Primaris Intercessors and 3 Primaris Reivers, while the death guard you get 3 Plague Marines and 6 Poxwalkers.

Just looking at the sprues, I feel like the 40K figures are much better made and have a thicker fell to them, while the AoS figures are a thinner plastic. Both have amazing detail and I’m really looking forward to putting them together with the children.

I can’t comment on the makeup of the lists, as I’m not really into Warhammer, but I’ve seen people comment that when it comes to the time to play these forces need more models need some reinforcements to play the game in any realistic way, but we’ll see about that at a later time. 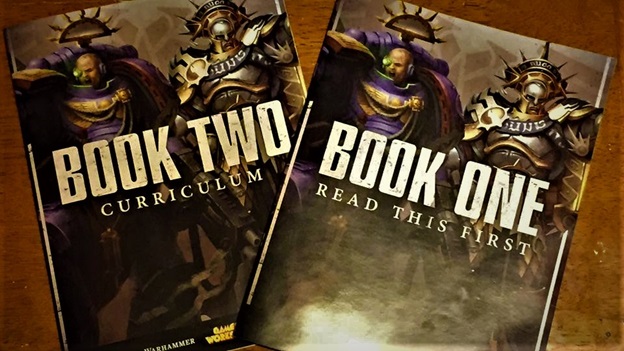 The two curriculum books are the real stars of the show.  Book One is designed to be the things the adult organizer (called the “coach”) need to understand and go through before organizing as a club.  The second is a total outline of a 6 week curriculum starting with first organizing the club to building and playing Warhammer games.

I’m going to do a deeper dive into the curriculum books at a later time, but GW really has put together a focused set of learning objectives together. While their intent is to put together an afterschool or lunchtime “club”, it’s easily adaptable to teaching in a afterschool program.  There’s a lot of different roles that the children are asked to step into and it really works towards a student led learning experience.

GW is the juggernaut in tabletop wargaming, and it is because of this status they are able to put together a program like this. They are unique that they have the resources to send around $300 worth of product to schools and afterschool organizations for free. It’s a big show of trust to the community that they would allow wargaming educators and those interested into this without any guarantees. Of course, some maybe cynical and say that this is just an attempt to make a sales pitch to younger consumers. But if we are interested in building tabletop wargaming and miniature painting, getting young people involved and excited is the first step, and we should try and be supportive of their introduction into the hobby.