The following article was written by a friend who works as an Early Child Educator in a before and after school program. It is about his participation in the Warhammer School Clubs program, a program by Games Workshop intended to promote the hobby within schools. This article is part two; see previous parts here.

Little introduction-by-way-of-housekeeping first: I had a great conversation with the manager of the local GW.  It sounds like the school programs are really taking off in North America, which is great to hear. He also explained why there was no primer in our kit: GW wants to send out the kits as quick as possible, so that educators get them as quick as possible. That means that a lot of being air-shipped to schools, and for that reason they don’t include aerosol cans in the package. Abaddon black was never intended as a primer, and the manager was nice enough to offer to help prime any future pieces for the program at the store. So I apologize for my griping before about the lack of primer; it was only a lack of primer because they were so quick to send us our pack and experiences may be different in other groups.

Anyway, back to the regular show…

This is the most basic of the lessons the children learned, and at times the ones that needed the most reminders. That’s because this is the stage that most of the children stayed in for a while.

First we went through how to use paint brushes properly. Although art is in all of our programming, the children have never really shown how to “properly” use a paintbrush when you’re trying to keep the paintbrushes in good working order.  So I explained that we need to just use the tip of the brush, and make sure never get paint anywhere close to the ferrule (ie, “that gold metal thing at the top of the brush bristles”).

For the most part, that lesson was taken easily.  The hardest to internalize was “thin your paints.” For kids, they’ve been trained to just dip a paint brush and splash it, so it’s going to take a while for them to unlearn those behaviors.  There were some thick paint jobs in some places, but luckily not too many details were lost.

Children learn at different speeds, so we did base coats over quite a few weeks, not just one session.  The first time there was the most enthusiasm from the children, but that slowly waned, and some kids took a week off here and there (particularly, although not only, the boys when some other group not involved would organized more sporty games between themselves.)

The first session one young man had a bunch of difficulty involving comparing himself to others. “It doesn’t look good, I hate it,” he kept saying. His base coat wasn’t even bad, it’s just other children felt more confident in what they were doing, using more colours and doing smaller details. He wanted to quit, and I went a little harder on him than I should, saying that if he quit he wouldn’t be welcomed to continue and his model would have to go to someone else who wanted to join the club. I admit that this was the wrong tactic, and we (the other teachers in the room and myself) talked to him afterwards to reassure him and invite him back. I gave him some extra attention the next couple of sessions and he became more comfortable in the club setting.

We did the washes in two groups –  it wasn’t really planned, but a group of boys took some Wednesdays to play, while a group of primarily girls wanted to focus on painting. This meant that we had the girls finish with their washing and dry brushing first and then we fished the group of boys second.

The first thing that I did wrong was that I tried to split up a bottle of Nuln Oil that I bought for the group into smaller containers. This would allow more than one child to have some wash at a time. Well, those smaller containers seals were not as good as they could be, and one tipped over and spilled all over the bottom of our painting box. The others started to dry out and make a weird rubbery rim around the containers. I poured what was left back into the original Nuln Oil bottle, losing a third in the process.

The second mistake that we made was using the new Nighthaunt Gloom like a wash or a glaze.  The paint wasn’t as translucent as I had thought, since although its as liquid as wash/glaze, it has a lot more pigment. This meant using it straight out of the bottle covered up more than I expected. The first couple ghosts were a little darker then we planned, but we figured that we needed to water it down a little to make it look good.

Still, the children found it pretty straightforward when it came to splashing wash all over their models. Our young man who was discouraged when it came to basecoating really took to washes. He did his Stormcast Eternal all in Leadbelcher (a dark silver) and the wash really made the details come out.

The best part was that the young ladies who volunteered to be the “Master Artificer’s” role went to help the other children after being shown how to do it. Up to that point, we really hadn’t utilized any of the child-led roles, and it was great to see the excitement of the girls in helping their peers.

The biggest thing the children had difficulty learning was that “less is more” when it comes to dry brushing.  A few didn’t work the paint off the brushes enough when it came to applying it, thus putting but brush strokes back on their figures.

For most of the children, that was fine – especially the children who did one or two colours only for their base coat.  But one young lady got very frustrated when her dry brushing covered the shaded areas that she worked hard to finish, to the point of walking away from her figure and not coming back to finish it.

At this point, we had run four or five weeks into just painting, and some children were getting pretty tired of it and were looking to move on to something else. It was time to put some finishing touches on our figures and start something new.

Still, I think the majority of the children really got something out of the process. The process of painting a miniature is much different then the kind of painting that they are used to. Adding a third dimension changes the equation. Allowing them to come and pick up the different techniques at their own pace helps in developing those skills in a way that is in tune to how the individual child learns. 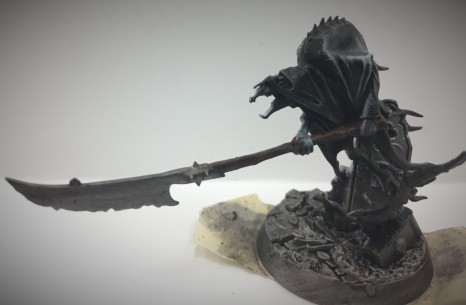 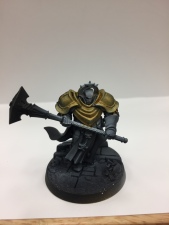 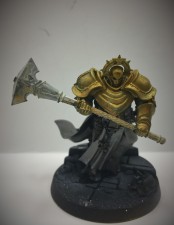 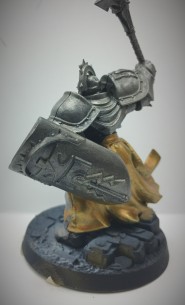 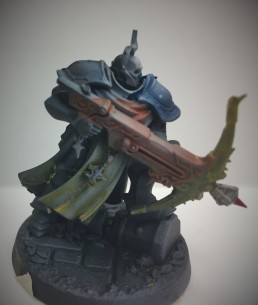 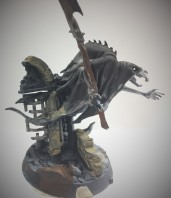 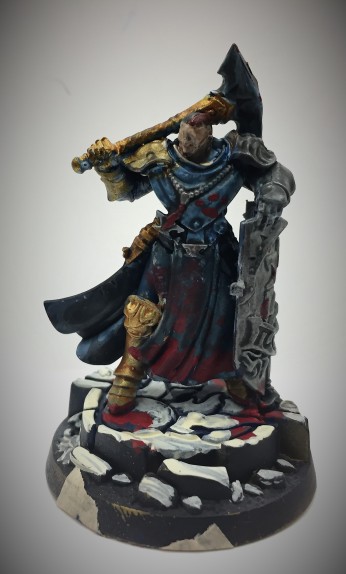